While most people look towards the blossoming Ineos vs Jumbo-Visma rivalry to spice up the 2020 Grand Tours, there is one man in particular who is looking to make it a three-way battle for supremacy.

Rod Ellingworth will be team principal at Bahrain-McLaren for the first time in 2020, and after becoming accustomed to challenging for the Tour de France with his old Sky team, he will target the biggest prize in cycling in his first season.

“I think it’s quite clear, the ambition within the team,” Ellingworth told Cycling Weekly, “we want to become a Grand Tour winning team.

“The yellow jersey at the Tour is a huge iconic jersey that we want to bring home here to McLaren, and also to Bahrain. So, you know, I think that was an obvious choice.”

The choice Ellingworth mentions is the one to bring Mikel Landa and Wout Poels into the fold at Bahrain-McLaren. He knew both riders during his Grand Tour-winning tenure at Sky, and hopes both talented climbers will help him win the French Grand Tour for his new employers.

“There’s got to be a certain path of building a team towards that goal. Obviously I knew both Wout and Mikel from before. You can clearly see the talent that these guys have got and I think if you want to try and win the Tour you’ve got to have real quality climbers, I think that’s been evident over the last however many years” Ellingworth said.

After stints at both Sky and Movistar, where he found himself playing second fiddle to other Grand Tour contenders, Mikel Landa will now be the sole focus of a WorldTour set-up, and his new boss backs him to be able to deliver.

“The game is changing,” Ellingworth added. “You just have to look at next year’s Tour. You know you’ve got to be adaptable, to stay flexible to the actual parcours that you’re going to be faced with. But I do think with Mikel we’ve got a potential Grand Tour winner, so we’re pretty confident there.”

One of the plot lines that will undoubtedly delight fans next season is Ellingworth taking on his old boss at Ineos, Dave Brailsford.

Ellingworth says him and Brailsford haven’t been speaking much, having been put on gardening leave for part of this season after his desire to leave the team became apparent, but was in contact after Brailsford received his cancer diagnosis on the eve of this year’s Tour de France.

“I haven’t spoke to Dave, I haven’t seen him, but we’ve messaged each other quite a bit, especially after him being sick, and I was pretty quick to congratulate them on the Tour, I know how hard those guys work,” Ellingworth said at Bahrain-McLaren’s press conference earlier this week.

Despite any personal feelings and friendship the pair share, it will soon be back to business and in Ellingworth’s case he knows exactly who he will be up against.

“He loves winning. And you know, Dave works relentlessly to try and be the very, very best. I don’t expect us to talk much.

“It’s like every team at the minute, every team are now doing their own thing, scurrying around and building [on how to improve performance], and I hardly think any teams are talking to each other at the minute.”

And when his team eventually turn up at the biggest bike races he thinks the squad he’s assembled is more than capable of competing with the British WorldTour outfit.

But does the 47-year-old see him and his team as underdogs? No. With the Tour de France offering up a challenging parcours that lacks time trial kilometres, and a pledge to “go for it”, a philosophy that benefitted Julian Alaphilippe and Deceuninck – Quick-Step at this year’s race, Ellingworth sees his team competing for top honours.

“Certainly in next year’s Tour it’s a really challenging Tour, it’s a different race to what we’ve seen in the past. I do think we’ve got a good opportunity.

“So, do I see ourselves as underdogs? I see us as a new thriving team with lots of energy and you know we’re going to go for it. We’re not going to mess around, we’re here to try and win bike races and that’s what we love doing. So I don’t see us as an underdog, we’re competitive.”

Drew Christensen has been crowned winner of the 2019 men’s Zwift Academy, securing him a pro contract with the NTT development squad. New Zealand rider Christensen emerged as number one out of the 60,000 male riders who entered the unique indoor training competition this year. The 18-year-old joins the 2019 women’s academy winner and compatriot...

If 2020 is anything like 2019, cycling tech fans are going to be in for an absolute treat. The last year has brought us lightweight e-bikes, new cycling computers, sophisticated cycling shoes and so much more. So, we’ve gazed into our crystal ball for the next year, and here’s what we’re predicting to be big... 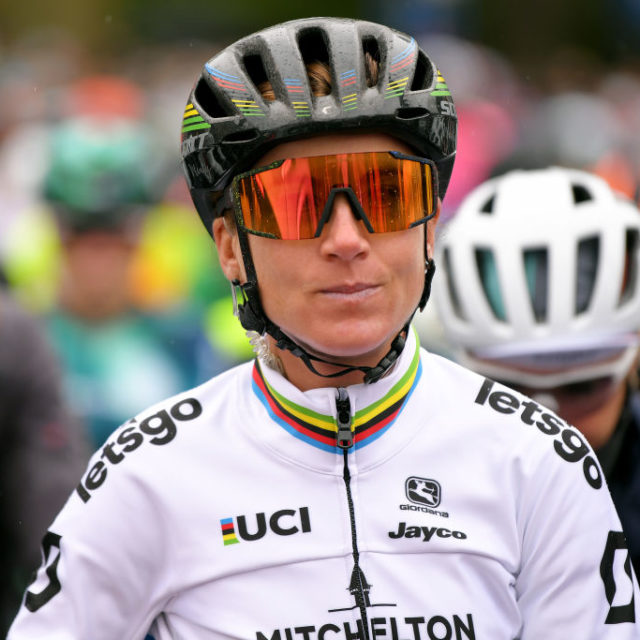 Another remarkable performance from world champion Annemiek van Vleuten saw her win the women’s race at Omloop het Nieuwsblad on Sunday. The Dutch woman attacked at the bottom of the Kapelmuur, 17km from the line, and soloed to the line in characteristic style. A group of five women had formed... 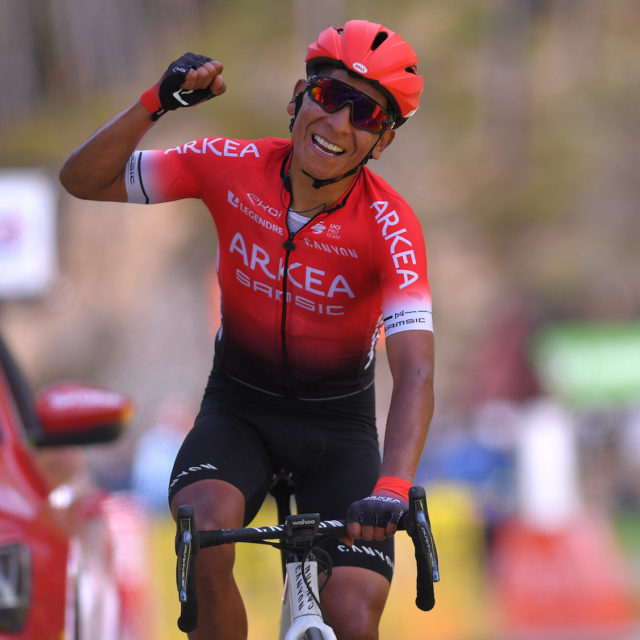 Nairo Quintana won the summit finish stage seven of Paris-Nice as Bora-Hansgrohe’s Max Schachmann hung on to claim the overall victory. The Colombian attacked with 4km to go the top, exploding out of the group of GC riders to claim another impressive win in 2020. Only 36 seconds behind Schachmann...

The iconic multi-coloured Mapei cubetti jersey has adorned many of the sport’s greatest riders as they won Monuments, Classics and Grand Tours but it’s not been seen in action since the professional team folded at the end of 2002. Now the design will be seen in the peloton once more...