Tom Pidcock and Richie Porte have officially signed with Ineos Grenadiers, as part of a new wave of talent for 2021.

British WorldTour squad Ineos is undergoing a major shake-up for next season, as team boss Sir Dave Brailsford takes the team in a new direction.

After signing British Grand Tour hopeful Adam Yates earlier this year, Ineos will welcome rising star Tom Pidcock to the WorldTour, as well as their former super-domestique Richie Porte, who left the team at the end of 2015.

Brailsford said: “This season we have seen a change in both individual performance levels and the collective strength of teams. Riders are better prepared and teams more organised. The intensity of competition is increasing and it’s getting more difficult to win.

“We are relishing this challenge and focused on coming back stronger. The riders themselves are at the heart of any team and each one of our new signings forms a key part of the evolution of the team.”

Brailsford added: “It’s clear Tom is one of the most exciting young riders in world cycling and part of a new era of incredible all-round talents.

“We’re witnessing a new trend in cycling, with an emergence of young riders who come from a broader, multi-disciplined background. Tom’s career so far really embodies that. He’s competed at the highest level across several disciplines, an incredible bike handler, a natural born bike racer, and a winner.

“Now he’s going to be an Ineos Grenadier and it’s invigorating for the whole team to be developing a talent like Tom.”

Pidcock, 21, has continued to develop across disciplines showing huge promise in road racing, cyclocross and on the mountain bike.

This year he won the under-23 Giro d’Italia and will be leading the elite men’s team in the World Championship road race.

Pidcock, whose contract will start on March 1, 2020, said: “I am incredibly excited and proud to be signing for the Ineos Grenadiers. Like so many British cyclists of my generation, I have always aspired to race on the road with this team – to me, the best in the world.

“I just want to keep racing, learning and growing as a bike rider, and having the opportunity to do that in this team is amazing. I feel like I’m ready for the WorldTour but also excited to keep exploring multiple disciplines with the support of this team behind me.”

Porte will be returning to Ineos after five years of chasing his own ambitions as a team leader.

His podium finish in the 2020 Tour showed his ability and longevity, even at 35 years old.

Brailsford said: “Richie’s richly-deserved podium at the Tour de France once again demonstrated that he’s one of the best riders in the peloton. He’s a world class climber, time triallist, and if you are building a team to be competitive against the world’s best then you’d want Richie Porte by your side.

“We already know how each other works, he knows how we race, and with the wealth of experience that Richie now has he has so much to offer the team. We really are extremely pleased to welcome him back.”

Porte says he capable of winning races, but is happy to fit back into his old role as a domestique: “I weighed up the options this year and I’m very motivated to be able to finish my career at such a fantastic team.

“I’m motivated to be a part of more victories and to come back and race with some of the best guys in the world. I know what my role is – I know I can still win races on my day, but I see myself slotting in as a climbing domestique and it’s something I really look forward to.”

De Plus has been off the radar for most of 2020, but showed great promise as a support rider for Jumbo-Visma in Grand Tours.

Martínez is another emerging talent who has already taken some huge victories at just 24.

Earlier this year he won the overall at the Criterium du Dauphine and went on to take a stage in the Tour de France.

Brailsford said: “We’ve been monitoring Dani for many seasons as he has impressed us from an early age and after his recent performances, now everyone can see why we’re so excited.

“He rode a fantastic race at the Dauphine and he showed what he’s made of again with his gruelling stage win at the Tour. He is a tenacious, world-class climber who can also time trial and we want Dani to continue his success and be a key part of our future team.”

Martínez said: “I have been making progress over the last few seasons and have been really lucky with the support I have had, but the opportunity to ride for the Ineos Grenadiers was too good an opportunity to not take. I believe this is the right time to try and take my career to the next level and I am hugely motivated to learn from the best in the world.

“I obviously know Egan [Bernal] and a few of the other guys in the team too so it will be nice to continue to ride with some compatriots.”

Wilier looks to be trying to please all riders with its latest release, the Cento10SL. An aerobike at heart, the new Cento10SL follows in the footsteps of the Cento10Pro yet has a price tag that should appeal to riders looking to dip a toe in the world of speed machines. The new Cento10SL is a...

‘We like to innovate, try new things, think about new possibilities’: How Team Sunweb are lighting up the Tour de France

The strategy behind Team Sunweb’s excellent Tour de France is as simple as it is invigorating to watch: attempt to excite. Devoid of a major general classification rider following Tom Domoulin’s move to Jumbo-Visma, Sunweb were not among the teams expect to perform well at this year’s delayed Tour. But spearheaded by British sports director... 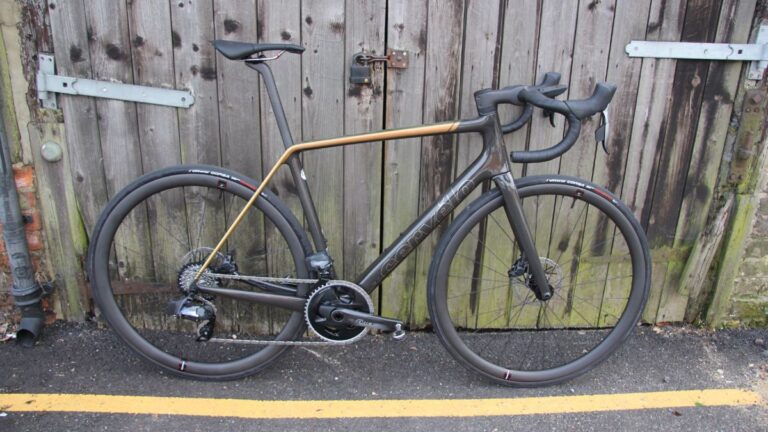 The new Cervélo R5 has been dangled in front of us all year, steadily racking up a season of stunning wins under the likes of Primoz Roglic and Wout Van Aert while all we journalists could do was take photos and speculate. It’s not the way bike launches normally happen,...

‘I got it from an ad in Cycling Weekly’: Ireland’s Marcus Christie rode Bradley Wiggins’ old time trial bike at Worlds

While there was only one former Tour de France winner on the start line for the elite men’s individual time trial at the Flanders Worlds, Tadej Pogačar, the next closest thing was underneath Ireland’s Marcus Christie as he made his way around the course from Knokke-Heist to Bruges. That’s because... 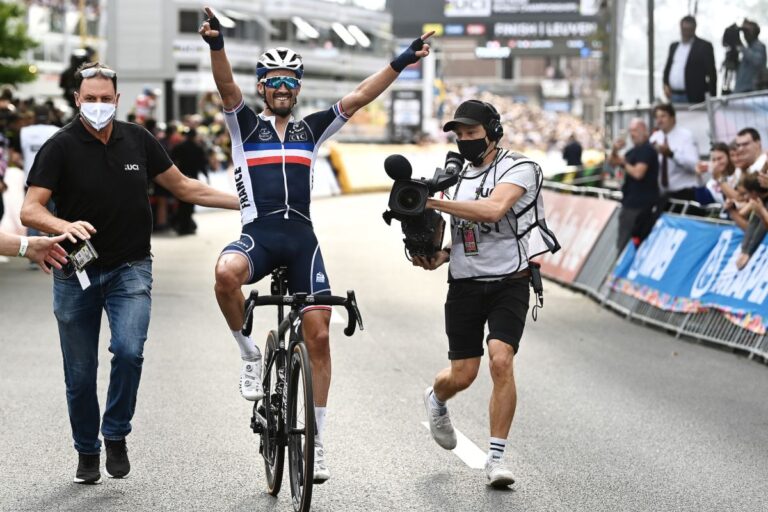 ‘I don’t want to become a robot’: Julian Alaphilippe’s second rainbow jersey is another triumph for pure bike racing

Attack being the best form of defence is a tired phrase, but that’s exactly what Julian Alaphilippe did to keep the rainbow jersey on his shoulders for another year.  In his winner’s press conference, he put that sentiment more eloquently than the “beautiful” race his French team rode, describing how...