Go Back to Shop All CategoriesNews
HomeBlogNewsVan Aert: ‘Strade Bianche is already a monument’

The Belgian, a three-time world cyclocross champion, made his road breakthrough at the race in 2018, riding to third place behind Tiesj Benoot (Lotto-Soudal) and Romain Bardet (Ag2r La Mondiale). He went on to a classics season that included ninth in the Tour of Flanders and 13th in Paris-Roubaix — both monuments.

“I think that cycling is a pretty conservative world and so to be a monument you need at least 50 editions so it’s a little bit weird to categorize everything like that,” van Aert said after previewing the course Friday.

“In my opinion, this is already a monument but that’s not just because I had a nice performance last year but because of its characteristics with the gravel sections and all the climbing meters, so it is just unique and for me, it’s just one of the biggest races of the year.”

Van Aert used his cyclocross skills to cut through the mud and grit in 2018. He had cramps on the final climb into Siena’s famous Piazza del Campo but held on for third place.

This year, the sun and dry conditions will make for a dusty race through the Tuscan countryside so famous for its Chianti wine.

It is a young vintage, only in its 13th edition. The first Strade Bianche was in 2007, but since then it gained popularity and status, now a WorldTour race. However, it does not count the 100 editions of the five monuments, from Milano-Sanremo to Lombardia. Also, at 184 kilometers, Strade Bianche is much shorter than a monument race, which is generally expected to be at least 250 kilometers long.

It will always have a special place in van Aert’s heart after his breakthrough ride last year. On Friday, he rode the last half of the race and the final steep town roads leading to the piazza where he cramped in 2018.

“It felt a little bit weird because I thought the street was way steeper. Right now it feels a little shameful that I [cramped] on such a section. Today, it was not that hard but tomorrow it definitely will be hard again,” van Aert said.

“I think that I realized [how special it was] maybe only a few months after when I kept getting questions about this one race so I guess it was my breakthrough at the international level. It’s special because it’s the only race in the world with these gravel sections. It makes it special and it’s nice to be here again.”

The race organizer names sections after riders who have won three editions of the race. So far, only Fabian Cancellara has done so. Michal Kwiatkowski won two times but is missing the race this year.

The decisive moment is expected in gravel sectors five and six of the 11 in total. Only a kilometer of recovery comes in between them, and together they cover 20 kilometers.

How to get more women cycling in cities

So much of the world around us is designed for men; from the mundane (public toilets and smartphones) to the potentially deadly (stab vests and crash test dummies). My own research, recently launched at the C40 Women4Climate conference, revealed similar trends in how we design cities and formulate transport policy, with devastating consequences. Transportation accounts for up to one-third...

A new cycling broadcast company is bringing an array of technological bells and whistles to next weekend’s Redlands Bicycle Classic. Flying drones, ultra high-definition cameras, and innovative wireless transmitters are just some of the tools that startup Cyclestream.tv will deploy during the final two stages of the five-day race. The company will produce upwards of... 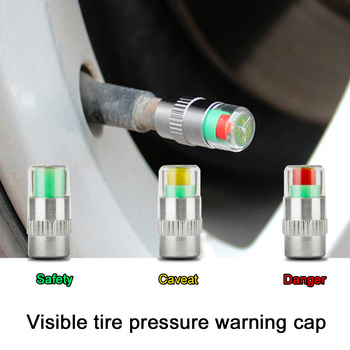