Ben Swift in intensive care in hospital after a training crash left him with a torn spleen, multiple bruises, facial wounds and road rash. The team reports that while he is doing better, he will remain under observation for several days.

Swift and teammate Geraint Thomas were training on Tenerife on Wednesday morning when Swift “clipped a rock whilst descending, causing him to crash heavily,” the team said.

Scans showed no fractures, but the most serious injury was to bleeding in the spleen. The bleeding has been stopped and “a procedure was performed on Wednesday afternoon to reduce the risks of this bleeding starting again. Swift will remain in close observation for the next few days.”

Team doctor Inigo Sarriegui said that “Thankfully though, he didn’t lose consciousness and was aware of the incident afterwards.”

On Thursday Swift thanked people for their support via social media, in turn receiving messages of support.

“I am still in intensive care at the moment. But hopefully move onto a normal ward tomorrow. They have stopped the bleed in the spleen. But just need to keep monitoring it. Along with that I have facial wounds and road rash,” Swift wrote.

The 31-year-old Yorkshire rider started his career with Katusha before riding for Team Sky from 2010 to 2016. After two years with UAE Emirates, he returned this season to Team Sky. He finished second in the 2016 Milan-San Remo and has won 13 races during his career.

Swift opened his season at the Volta a la Comunitat Valenciana, where he finished 22nd, and just recently finished Tour La Provence.

Stetina has ‘fresh motivation’ after considering end to career

Peter Stetina (Trek-Segafredo) is quickly burning through his nine lives as a professional cyclist. After recovering from a career-threatening horror crash in 2015, the affable American dodged a few more bullets in 2018 to return to cycling’s big circus. “I got the ‘Franken-Leg’ and I almost didn’t come back with some health issues and the...

Simon Yates (Mitchelton-Scott) went solo on the 16.2-kilometer, 5.7% Alto de Hazallanas climb and descended to victory in Granada on the Ruta’s punchy 120km mountain stage, Saturday. Overnight leader Tim Wellens (Lotto-Soudal) couldn’t hold the pace on a day for the climbers, allowing Astana’s Jakob Fuglsang to move into the overall lead. “I’m not high up... 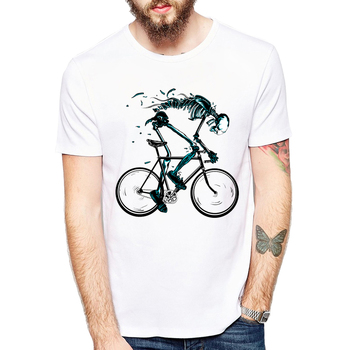 Shouts of triumph, shock, even tears; emotion is not an unusual thing when a rider wins a race. But when Lucy van der Haar took the overall at February’s inaugural Dubai Women’s Tour, the British rider had every reason to sob. A sprinter’s raison d’être is to win for the...

Indoor cycling clothing to keep you going nowhere in comfort

Indoor cycling isn’t a topic we’d traditionally be writing about in April, but these aren’t typical conditions – and the number of people using indoor training platforms has been steadily increasing as the coronovirus lockdown continies. The need, or otherwise, for specific indoor cycling clothing is a topic for debate...

Alice Barnes (Canyon-SRAM) scooped up two national titles during the 2019 season, earning her the stripes across both road and time trial disciplines – and her 2020 Aeroad reflects that success. The only opportunity the Northampton born rider has had to ride this bike in anger was at the 2020...