A cyclist hit by a car cutting a corner has spoken of the “mental scars” after video of the crash went viral on social media.

Michael Rammell shared dashcam footage of the collision online in the hopes it will inspire discussion about road safety.

The video quickly attracted attention, with 1,300 people sharing it on Facebook while journalist and cyclist Jeremy Vine shared the video on his Twitter.

In a Facebook post after the crash, which happened last week, Rammell said: “The only scars at this point are mental.

“I acknowledge that I’m now nervous on the road. I’m uneasy.

“Close overtakes aren’t uncommon, but whereas before I could take a breath and carry on, I now panic.

“I know with enough time on the road and in the saddle, that this should pass.”

The video shows Rammell approaching a T junction on the right hand side of the lane.

As he puts his foot down at the white line, a BMW cuts the corner of the junction and ploughs into Rammell, knocking him onto the bonnet before he falls heavily on the floor.

Fortunately he suffered no breaks in the crash, but did have scrapes and some severe bruising.

A suspected fractured pelvis was revealed not to be a break.

Rammell said that there have been plenty of anti-cyclist comments in response to the video, but that many people have also wished him well and condemned the driver’s actions.

“All road users, respect one another.

“We all share the road and no one road user has more or less entitlement than another.

“Look out for your fellow humans and remember, they’ll have families pets and friends that need them at home.”

Rammell said the driver will go on a driver awareness course and that he will not pursue a prosecution.

He is part of Team Alpecin, which gives amateur riders the opportunity to ride like a professional for a season.

This includes top level tech, kit and training that helps them reach their goals.

On a day in late February, a shed-like vehicle pulled up in front of a Bottega Veneta store on a high-end shopping street in Amsterdam and parked for the day. Inside the structure–exactly the size of one parking place–was a bike rack designed to bring extra infrastructure to an area where it’s difficult to find... 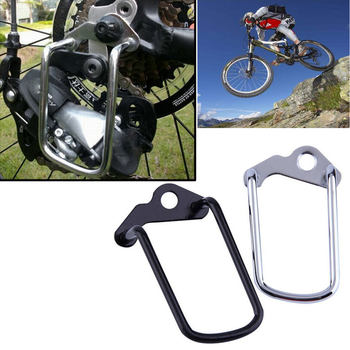 Richard Carapaz says he knew he could do “something special” at the Tokyo Olympics after his podium finish at the recent Tour de France. The Ecuadorian used his usual cunning and attacking style to escape away up the final climb of the day alongside USA’s Brandon McNulty, building a reasonable...

The BMX racing at the Tokyo 2020 Olympics got underway with Brits Kye Whyte and Bethany Shriever progressing through the quarter-finals on Thursday (July 29). Reigning Olympic champion from Rio 2016, Connor Fields from the USA, had some tight runs but was able to battle through to Friday’s semi-finals, while...

Tom Dumoulin: When I saw Van Aert win on Ventoux I started to get the itch for the Tour de France

Tom Dumoulin said watching his team-mate win on Mont Ventoux gave him the itch to race the Tour de France again. Jumbo-Visma rider Dumoulin is making his comeback after he took an unexpected break from racing earlier this year, but is now targeting a medal at the Tokyo Olympics.  Dumoulin...