The long wait is over. Sure, cyclocross is dirty good fun. Cycling’s version of spring training is wrapping up this weekend at the UAE Tour following a series of entertaining early season stage races. There’s even the world track cycling championships right now for those who like their cycling in a whirl.

Yet for many cycling aficionados, the good stuff starts Saturday at Omloop Het Nieuwsblad and Sunday’s Kuurne-Brussels-Kuurne. These two events officially open the Belgian racing calendar, and with it, the hallowed spring classics.

There are few moments on the international calendar that can match the raw intensity and passion of the one-day races across Belgium and France in the coming two months. From Omloop on Saturday to Liège-Bastogne-Liège on April 28, the spring classics will be front and center. And most diehard fans couldn’t be happier.

So what can we expect this spring? This weekend’s pair of races should provide some telling clues.

Pressure on Deceuncinck-Quick-Step to repeat

Last year was a good year to be Patrick Lefevere. His self-styled “Wolfpack” won 73 races across the season, and it was nearly flawless in the all-important classics. Quick-Step won two of the four spring monuments in Tour of Flanders (Niki Terpstra) and Liège-Bastogne-Liège (Bob Jungels) as well as a host of other important classics. Elia Viviani, Remi Cavagna, Fabio Jakobsen, Alvaro Hodeg, Yves Lampaert, and Julian Alaphilippe all got their portions during the spring classics feeding frenzy among Lefevere’s pack. Nobody was missing Tom Boonen, at least not last year.

The big question is whether or not Deceuncinck-Quick-Step (DQS) can back it up. It’s already won 11 times with seven different riders this season, and that’s in barely two months of racing. Coming into 2019, Terpstra (Direct Energie) and Fernando Gaviria (UAE Team Emirates) will be missed, but classics stalwarts Zdenek Stybar and Philippe Gilbert already have stepped up with early season wins in their pockets.

Gilbert and Stybar are expected to fill the void on the cobblestones, while Viviani, already off to a hot start in the sprints, will be hoping to amend disappointments last year at Sanremo and Gent-Wevelgem. DQS’s deep bench will all see more opportunities following the key departures.

The verdict? It will be difficult to equal last year’s near-perfect run, but adding a Sanremo or Gent-Wevelgem for Viviani, and maybe Roubaix for Stybar would certainly mean a wildly successful classics season for Lefevere.

For Omloop, DQS brings an almost frightfully strong team. Jakobsen will get the green light to lead for Kuurne. Anything less than victory this weekend will be cause for concern.

“We always have pressure to win in the classics,” Lefevere said. “I cannot imagine it will be any different this year.”

Clamoring for the top

Behind DQS is a deeper than ever peloton ready to fight for their scraps. More and more teams are devoting resources to the spring classics, making Quick-Step’s domination last year even more remarkable. Nearly every major WorldTour team invests heavily in equipment, training camps and in personnel to prepare for the spring classics. They’re no longer the domain of a few Belgian, Dutch, and French teams.

“I think on paper we currently have 21 bikes ready and 55 or 56 wheelsets, which is ridiculous, right?” said EF Education First sport director Andreas Klier on the team’s website. “It’s like the world championships and the Olympic Games from now until Paris-Roubaix.”

There are several teams expecting big things this weekend, aiming to dislodge DQS from the top spot.

CCC Team, led by two-time Omloop winner Greg Van Avermaet, leads the way. The new-look team was built up around the Belgian star from the ashes of the BMC Racing team. New arrivals such as Guillaume Van Keirsbulck (from Wanty-Groupe Gobert), Lukasz Wisniowski (from Sky), and Gijs Van Hoecke (from LottoNL-Jumbo) give Van Avermaet extra support in what will be a high-stakes weekend for the new team.

“I am feeling good ahead of Omloop, and I am excited about the start of the classics season,” Van Avermaet said. “It would be really special to get a good result for CCC Team at the opening weekend, so this is definitely a goal.”

Jumbo-Visma will be a favorite in both races, lining up with newcomer Wout van Aert on Saturday and defending champion Dylan Groenewegen on Sunday. Every major team brings at least one captain to this weekend’s action, confirming the depth across the entire peloton when it comes to the classics.

Even if Omloop doesn’t see the classics specialists at top form just yet, the depth of the start list reveals just how committed everyone is to bashing the cobbles.

This weekend’s racing should provide a telling barometer of just where everyone stands before the approaching pavé storm.

Some have suggested there is an Omloop “curse,” that anyone peaking and winning too early has a hard time holding their form into the heart of the monument calendar.

That might be true, and in fact, almost all of the major favorites say they are purposely short of peak form for this weekend’s debut. Yet given today’s high level across the peloton, anyone on the back foot now will certainly have a hard time trying to make up for lost ground.

Omloop is especially important for bragging rights, and all the major classics stars try to win it at least once during their careers. Sep Vanmarcke won it in 2012 and he knows a strong showing this weekend bodes well for the classics season.

“Anything can happen,” said Vanmarcke on EF’s team site. “It’s so nervous that people crash a lot. You need to fight a lot for your position, and I need to be with my teammates and trust that they will bring me to the right position. Then in the final, it’s man-to-man and it’s just very different and hard to choose the tactic.”

Last year’s winner Michael Valgren, now with Dimension Data, said his victory in 2018 set him up well for the remainder of the classics. He later went on to win Amstel Gold Race and finish fourth at Flanders.

“Winning Omloop was huge for me last year,” Valgren said. “It gave me that confidence boost I needed to know I could win a big Belgian race.”

Pleasant spring weather is forecasted for the weekend (at least by Belgian standards), with temperatures in the low 50s and a slight chance of rain for Saturday’s race. That’s in contrast to the sometimes-horrible weather the race has seen in late February, including cancellation of the 2004 edition due to snow and ice.

Winds could be a key factor. They are expected to be blowing from the southwest, meaning it could be tailwinds coming back for the finale. That could lead to a more aggressive, attack-laden finish instead of last year’s race, which was blocked by headwinds.

“I read that there is going to be a tailwind during the finale, which could play a role as well. Maybe it will cause the race to be more open,” said Lotto-Soudal’s Tim Wellens. “I want to save some energy going into the finale. I will try to wait as long as possible to attack. Of course, choosing the right moment is always difficult in the Flemish races, as each climb can be decisive.”

Saturday’s 200km course at Omloop takes in some of the famous bergs featured in the Tour of Flanders, including the Bosberg and Muur van Geraardsbergen. The finale, which was moved out of central Gent last year, will now be at Ninove. Gent still hosts the start. The Muur and Bosberg remain the final hurdles ahead of the finish line. Sunday’s route tilts in favor of the sprinters, and a few of the bigger names, including Van Avermaet, will not race Kuurne-Brussels-Kuurne.

One name missing is three-time world champion Peter Sagan (Bora-Hansgrohe), who is skipping the Belgian opening weekend for the second year in a row. Instead, Sagan is using this week as a training block and will return to racing at Tirreno-Adriatico.

Sagan will probably be watching on TV, just like most everyone else.

As the spring classics begin in earnest, all eyes are on Deceuninck-Quick-Step to see if it can again dominate on the cobbles.

Read the full article on VeloNews.com.

Again proving his potential as a GC rider, Primoz Roglic (Jumbo-Visma) won the UAE Tour’s crucial stage 6 ahead of Tom Dumoulin (Sunweb) Friday. This all but sealed the Slovenian’s overall victory in the seven-stage race. David Gaudu (Groupama-FDJ) was third on the mountaintop finish. Although Alejandro Valverde (Movistar) had beaten Roglic on the race’s...

Matteo Tosatto has told the Spanish press that Team Sky will apparently have an agreement in place with a new main sponsor ahead of May’s Giro d’Italia, and that who it is could also be announced then. Talking to marca.com, the Italian – who’s been a sports director at Sky since 2017, having retired as... 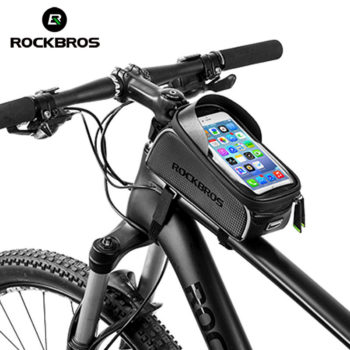 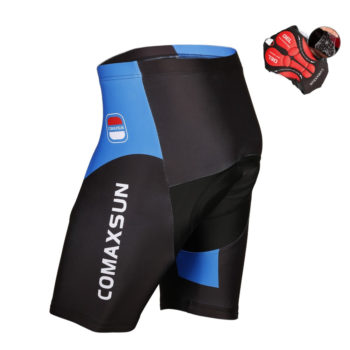 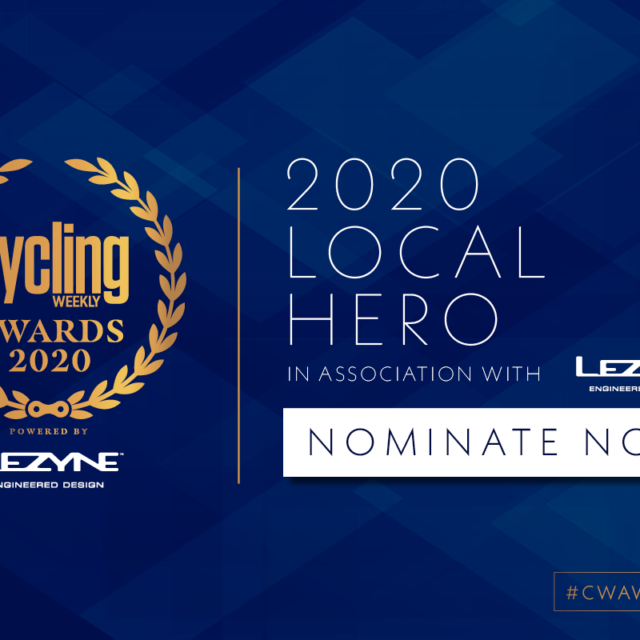 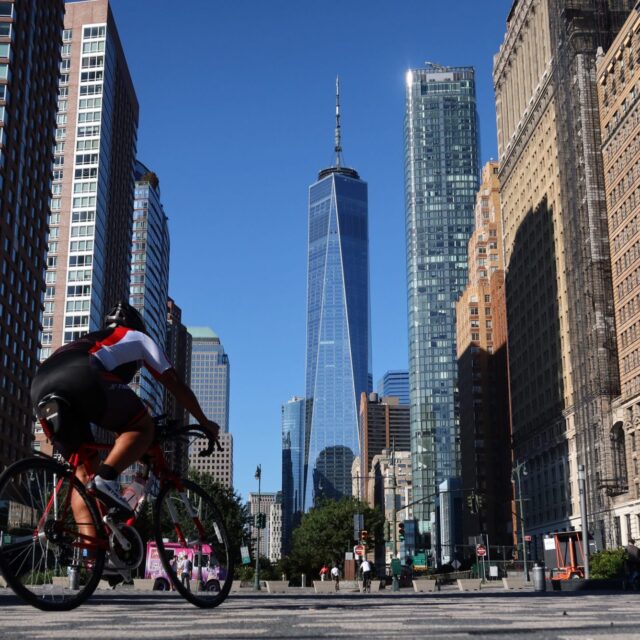